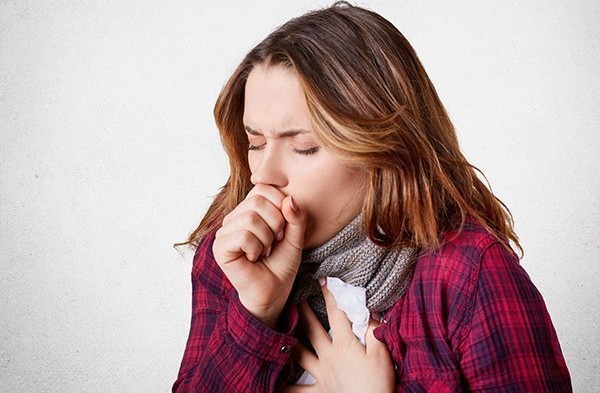 Being that we are in the middle of cold and flu season we are seeing more lingering coughs coming into the office. To treat a cough effectively, Traditional Chinese Medicine looks at its root cause and symptoms to develop a treatment plan.

Not all coughs are alike, and their symptoms tend to vary. But regardless of the type of cough, one thing’s for sure: A bout of cough often leaves one feeling drained and miserable.

In Traditional Chinese Medicine (TCM), it is believed that coughs can occur due to external pathogens or internal imbalances in the organ systems. In TCM  the lungs are considered delicate organs. External pathogens can easily invade the lungs through the skin, mouth and nose. This impairs the function of the lung, causing adverse impairment of lung qi (energy) and resulting in cough.

Climate changes can also trigger such coughs, which are categorized into three types: Wind-cold, wind-heat or wind-dryness types. These coughs tend to occur suddenly, for a short duration of time and are accompanied by symptoms like fever, headaches and an aversion to cold. Here in Calgary, we are particularly susceptible to dryness due to our climate.

Internal causes, such as functional imbalances in the lungs or other related organ systems, like the liver, spleen and stomach, can also lead to a persistent cough. This type of cough tends to develop slowly, last longer and have a higher risk of becoming chronic.

BUILD UP YOUR NATURAL DEFENSE

In addition to treatment, it is important for cough patients to improve their diet and lifestyle habits. It helps shorten recovery time and prevent the disease from prolonging.

For patients suffering from chronic cough, increasing exercise levels may help strengthen their immunity and ability to adapt to climate changes. At the same time, it boosts the body’s natural defense system against environmental factors.

Cough patients should also opt for light and digestible food, and refrain from eating oily food to reduce the burden on the spleen. In TCM, the spleen is thought to be the source of phlegm, and an improper diet can cause a dysfunction in this organ. The phlegm created tends to get stored in the lung and can cause a wet phlegm type cough.

If you have the “cold” type of cough: with symptoms such as an itchy throat and white and thin phlegm, avoid raw and cold food such as banana, white cabbage and fruit. Choose warming foods such as ginger, Welsh onion stalk and apricot kernels, which have warming properties.

If you have the “hot” type of cough: which is typically accompanied by a sore throat and yellow and thick phlegm, avoid alcohol and fried, spicy and heaty foods such as chili and lychee. Consume food that can help to dissolve phlegm, such as raw lotus root, tofu, Chinese barley, green beans, Asian pear and chrysanthemum.

If you have a dry or prolonged cough due to yin deficiency: which typically manifests as a dry cough with no or little phlegm that is difficult to expel and worse at night, avoid alcohol and spicy, dry and strongly-flavoured food. Consume food that helps moisten the lungs and increase body fluids, such as lily bulb, honey, sugar cane, snow fungus, black fungus, birds’ nest and Asian pear and steam or boil your food.

As every individual’s physique and symptoms differ, there is no one-size-fits-all treatment and it is advisable to consult a trained Herbalist /Acupuncturist.

During the consultation there are specific characteristics we consider with the cough such as:  sound, time of day it is most frequent and the colour and texture of the sputum.

A diagnosis is made on a case-by-case basis, and prescriptions are tailored to the individual’s symptoms and body constitution. In general, the TCM rule of thumb is always to restore balance in the body.